Making the Best of Time at Home: Indoor Hobbies

Fall in Love With Low-Maintenance Living

Church Square: All the Bells and Whistles

Inflammation and Its Role in Chronic Diseases

You may or may not know this by now, but my background is in holistic nutrition. And as such, I’ve received quite a few questions on the best way to eat. Obviously, this is an extremely nuanced conversation to have one-on-one on a case-by-case basis. But with SO MUCH information out there, there seems to be a swamp of confusion that leaves people more in the weeds than in optimal health and wellness. So, if I were to boil everything that I learned in grad school about optimal nutrition down to just one small concept it would be: eat real food and don’t pay attention to processed, low-fat, keto, paleo, etc. claims about premade food (that is, unless you’re making a strict attempt at a therapeutic diet for therapeutic results). 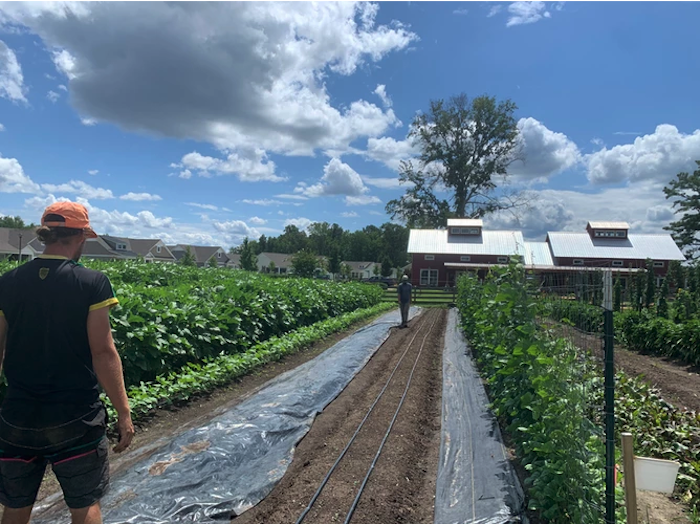 Real food is local, made with quality single-source ingredients, and grown in healthy soil with healthy growing techniques (healthy for the land, the worker, the animal, etc.). If you follow this concept, you’ll likely be cutting out so much guesswork and conflicting social media-based research. For example, with this concept, butter isn’t bad - just make sure you make or buy butter that is made with milk that comes from happy healthy grass-fed cows. I love when I can make butter for our house that comes from Creambrook Farm milk. It’s so bright yellow and tasty! Additionally, meat, if you’re inclined to eat it, doesn’t have to be unhealthy either. There are many local family farms that dedicate their time and energies to raising pasture-raised meat, for the betterment of our bodies, our land, and our community. This means that these animals are raised outside in an often bucolic setting and rotated frequently for fresh pasture.  Moving back away from factory-raised meats like Perdue or Tyson means that our local growers produce less meat per dollar, yet the quality increases several-fold. In fact, the health benefits of pasture-raised meat vs. factory-farmed meat have been well documented and have shown that pasture-raised meat is healthier for the consumer, the animals, and the land. 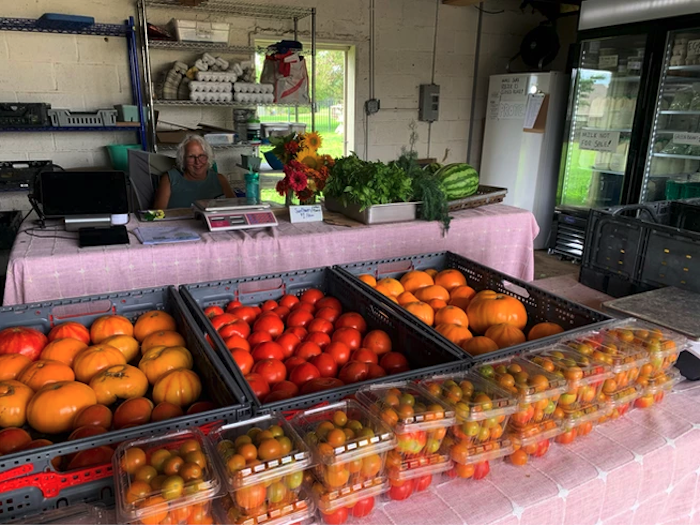 Because of the conditions of the factory-farm growing process, many diseases can rip through a factory-farmed herd or flock. Studies show that roughly half of the beef and poultry produced in the United States is infected with staph bacteria, despite the rampant use of antibiotics in these growing operations. Certified naturally grown and pasture-raised meats are far less likely to spread E Coli, staph, salmonella bacteria, and even mad cow disease. There are also more health benefits of pasture-raised meat and poultry that can protect against obesity and diseases, including cancer and heart disease. For one, pasture-raised meats contain a far higher level of omega-3 fatty acids than beef or pork raised in feedlots. Omega-3s help protect heart cells and other systems in the body from developing stresses that can lead to chronic health conditions like high blood pressure.

Alpha-linolenic acid, or ALA, is a type of omega-3 fatty acid that is found in grass-fed dairy products, eggs, and meat. Higher levels of this specific type of fat have been found in the tissues of women who have survived breast cancer and who have not suffered the growth of a new tumor. Though it has a higher concentration of a healthy type of omega-3 fatty acid, pasture-raised meat has a lower amount of fat overall than factory-farmed meat. Specifically, turkeys raised on pasture with a diverse diet result in a higher ratio of protein to fat. So, even though it has less fat overall, of that fat, pasture-raised meat has higher levels of healthier fat as well as a diverse range of micronutrients. 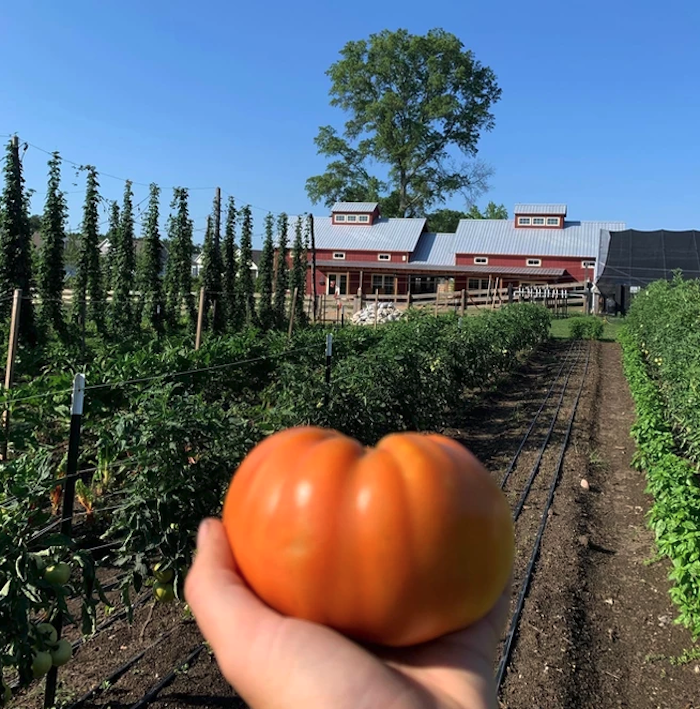 The industrialization of meat production has made it cheap and efficient. However, as many of us know, this isn’t always better and is rarely sustainable for longevity. The concept of factory-farmed meat ignores the animals’ natural behaviors. It pushes them into a swelling prison called a CAFO, short for concentrated animal feeding operation. These CAFOs spread disease, death, and destruction. They produce so much waste that infects the animals (and subsequently the meat that we eat) as well as toxic runoff that seeps into water sources creating a surge of environmental and biological issues as well. 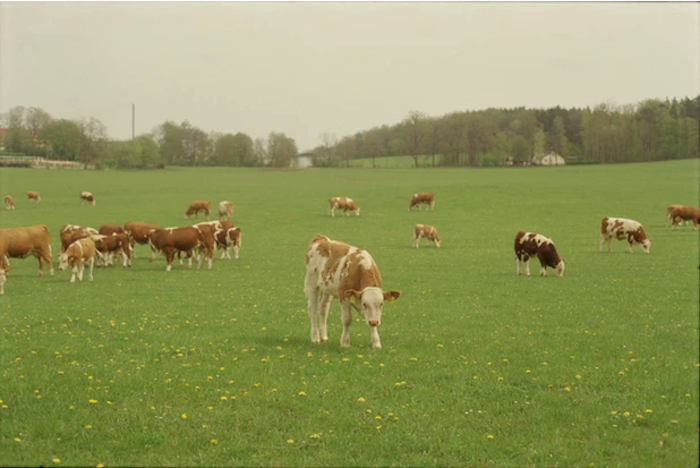 Healthier for the Soil:

Factory farms go against nature at every turn. They’re essentially toxic wastelands with pools of excrement, devoid of any plant life, and driven by corn-based feed (which as a sidenote actually makes the meat more pro-inflammatory for the consumer compared to grass-fed and grass-finished meat products). When farmed correctly, grazing animals actually offer a beneficial disturbance to the soil as well as natural fertilization. This is a concept called regenerative agriculture and it’s being recognized as one of the best ways to combat climate change. Pasture-raised animals actually sequester more carbon than they produce in their lifetimes, making themselves carbon-neutral.

So if we were to breakdown all the benefits of pasture-raised meat into an assigned dollar amount, it seems likely that it would actually cost far less than factory-farmed meat with its true cost to the animals, to the land, and to our health, remaining far higher than any of us can budget for. 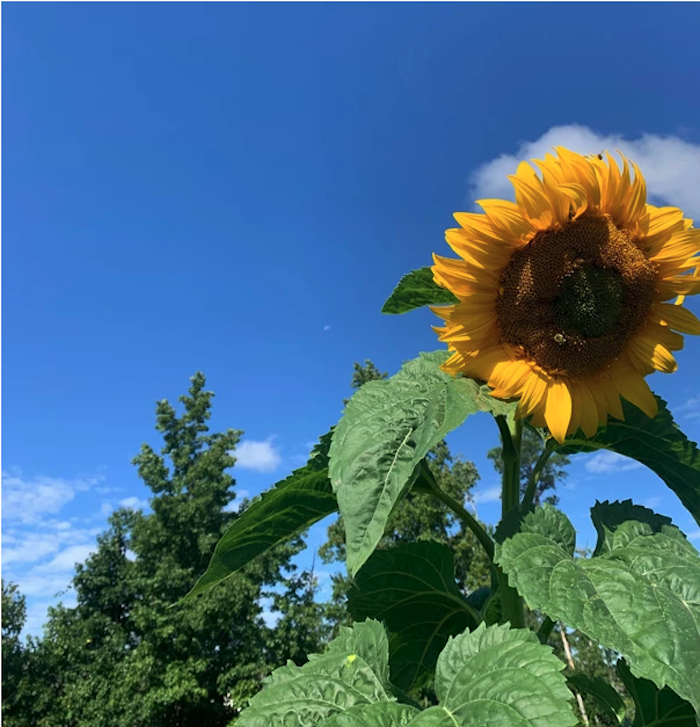