Your Path to Owning a New Home

Right Size Your Life and Live a Simpler Life

Just to See You Smile!

The Best Recipes to Heat Up Your Cinco de Mayo

Sell Your Home AND Save Money on Commission Fees

Connecting With Our Past - History of the Old Stone House

The Old Stone House at Chickahominy Falls, Cornerstone's agri-community located in Hanover County, is an important Historic Landmark with rich family history.  It also serves as the cornerstone to the beginning of this nationally recognized community.

Nathan David Hargrove, a successful Richmond painting contractor and business owner, purchased the land where the stone house now resides in Hanover County in the early 1870’s as a summer home for his family. There were approximately 350 acres of land lying on both sides of what is now Route 623/ Cedar Lane.

During this time hundreds of pear trees were planted on the land as well as some cherry trees. People would come from all over Richmond to get the pears and cherries especially during the Depression years.

Arthur Wellesley Hargrove took over his father’s business but died in 1914 at the age of 49 from a heart attack while living in the frame house called  “Providence” located on the family property.  His son, Arthur Wellesley Hargrove, Jr., was able to purchase the land from his mother next to “Providence” and started a farming operation.   He gave up farming to go into the insurance business in 1925 setting up the A. W. Hargrove Insurance Agency, Inc. in his home which was an old frame house known as “The Jug” on the spot where the stone house now stands. 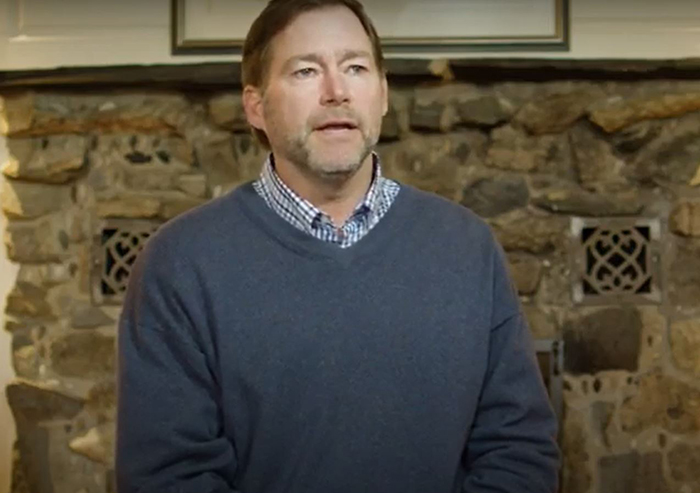 The Stone House was built from stones collected from all over the world. World War II veterans would bring back stones to A. W. from the countries they visited and he had them used when he was building the house.  The Hargrove's  picked up numerous arrowheads and tomahawks during the 1920’s and 1930’s some of which were used in the construction of the fireplaces in the house.

For many years A. W.  and his brother John Winston Hargrove, who lived in a brick house through the woods, farmed an acre and a half garden which provided food for their families,  as well providing food for their customers who came by to make their payments at the A. W. Hargrove Insurance Agency.   They grew everything from tomatoes, cucumbers, snaps, beets, squash, pumpkins, watermelons, etc.   There were also multiple bushes full of blackberries and raspberries for picking.

The A. W. Hargrove Insurance Agency operated out of the house until it moved into a small cinderblock building next to the Stone House.  After many additions were added onto that building, Frank D. Hargrove, Sr. made the decision to move the agency down on Route 1 into the building that still stands today. 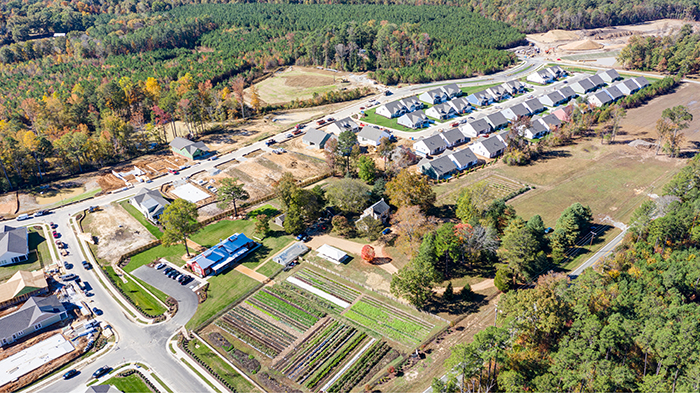 The Stone House, along with 180 acres, was purchased by Cornerstone Homes in 2017 to become Richmond’s first and only agri-community focused on the 55+ market.  Roger’s vision was to provide a healthier lifestyle for those 55 and older while maintaining the important heritage of Hanover’s farming culture.   "We sought to bring people together through a shared appreciation for nature, healthy living, sustainability, and community life," said Roger Glover, Owner of Cornerstone Homes.

It's good to know the past contributions of those that lived here and to connect the past to the future.  Cornerstone Homes is glad to carry on the legacy of the Hargrove Family and those before on this beautiful site along the Chickahominy River.